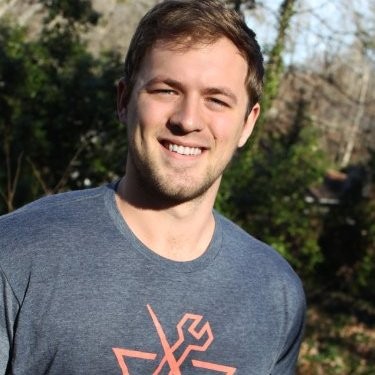 We had a chance to catch up with Ohio State alumnus and co-founder of Applits, Keith Shields. Applits, Inc.com’s 2014 Coolest College Startup, allows users to submit app ideas, which are then voted on by other users. The app with the most votes at the end of each month is created. This allowed users to be involved in app development from idea generation to creation.

Shields graduated in 2015 with a degree in mechanical engineering. Now, he is working on his new business, Designli.co, an app development agency. We asked Shields a few questions on running a software startup, creating a business in college, and the vision behind his newest endeavor.

When did you develop the idea for Applits?

In the summer of 2012, right after Instagram sold to Facebook for $1 Billion, I had my “ah-ha” moment where I knew I wanted to get into mobile app development. Perhaps it was a classic case of being a greedy college kid, but the explosive recent growth of the app industry excited me. This is when I sat and thought of all the people like me who had brilliant ideas for apps sitting in their heads without a place to put them. Without the coding knowledge to create apps from scratch, or the budget needed to hire a developer, we were stuck.

I thought it would be very cool to create a monthly competition where people could submit their mobile app ideas, the community could vote on their favorites, and the top-voted idea at the end of each month would be created. All decisions along the way - from what the app was named, to how it was marketed - could be crowdsourced, and users could win percentages of royalties in the final product based on their level of interaction during the process. This was the basis of an idea that turned into Applits.com, the first completely crowdsourced app creation platform, which successfully launched 16 unique mobile apps during a 3-year span.

What were the biggest challenges you faced starting a company while still in college?

Most definitely the time constraints of working on an Engineering degree while trying to work on the most time-consuming period of a company's life -- the start-up phase. Figuring out the mental prioritization of these two conflicting things was stressful at times, but it helped quite a bit that my co-founder, Josh Tucker, dropped out of school to work on the company full time. (Thanks, man!)

How was the Ohio State community beneficial to your business?

Ohio State was great throughout the process. First and foremost, a team of marketing and communication majors - in a student organization called The PRactice - took over the majority of the marketing efforts of the Applits platform, including blog posting and social media profile management. This took that hugely time-consuming responsibility off of our desks, which was great. Further, Ohio State helped quite a bit in publicizing our win of Inc.com's Coolest College Startup of 2014, spreading this great news to the broader Ohio State community and alumni network. Oh - and let's not forget about the Business Builders Club, a fantastic student organization that focuses on nurturing entrepreneurs while still in college!

Tell us about Designli.co and the vision behind the business?

As Applits launched app after app, and grew to a member base of over 17,000 users, something noticeable started happening. With so many app idea submissions each month, there could still only be one winner deemed each month; as such, users were coming to us asking if we could create their apps outside the confines of the monthly competition. These users did have a budget for their app's development, and needed a trusted and startup-friendly team to make it happen. This was an obvious prompt to launch a for-hire app development agency, and thus was the genesis of Designli.co.

Designli is different than the typical app development company (of which there are thousands) for a few key reasons. We are focused on providing much-needed, unique services to startups and entrepreneurs who are seeking to create their app or website for a low cost.

To best help startups and entrepreneurs with their software needs, we have developed two services. First, the "Designli DIY" service - a network of vetted, highly talented designers and developers from around the world that we've trained to abide by best practices and quality standards. Our clients can tap directly into this network to manage their own design and development projects. Second, our Designli agency - where our experienced team will take care of the entire process of creating the client's app or website from the ground up.

What’s the future for designli.co?

For our team, the future of Designli is quite clear. We're working on building Designli DIY into an Upwork or Freelancer.com replacement; where clients will have a completely fleshed-out website portal to launch their development projects and use our vetted talent to scale up their development capacity to a near-infinite degree. We see this as being a very valuable platform for marketing companies and ad agencies who may not have a dedicated software development team of their own but need to tap into our team whenever they have a development project come down the pipeline. They require fixed pricing, fast turnaround times, and guaranteed project results. Our DIY platform allows them to keep their client relationships in-house and not compromise those relationships, but use our cost-effective talent for the back-end delivery piece. Exciting stuff, if you ask me!