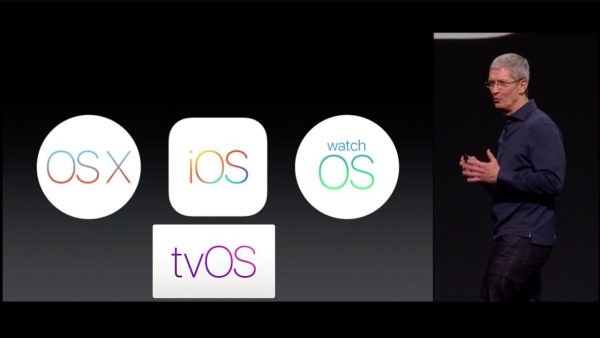 Missed the conference? Don’t know what a WWDC is? We have you covered.

Apple’s Worldwide Developer Conference kicked off in San Francisco this Monday. This week long conference centers around developers and allows them to work with Apple engineers to refine their code, interface design and more. At the beginning of the WWDC they released a variety of updates to Siri, Apple watch, and a new iOS for Mac. Check out some of the highlights from the keynote address:

A new mountain-themed operating system has been released with a whole host of new features. While we are still mourning the loss of our big-cat themed operating systems - looking at you Tiger and Mountain Lion - but we think we can move on. MacOS Sierra comes with tons of features making it more compatible than ever with all of your Apple devices. You will be able to unlock your Mac just by wearing your Apple watch near the computer, or using TouchID on your iPhone. Copy an item on your iPhone, hit paste on your Mac and wha-la the beauty of continuity. If you are constantly battling the “Your disk is almost full” warning, the new feature Optimized Storage will be a big deal for you. This system pulls up your old data out of your Mac and onto the iCloud, freeing up room for all of your frequently viewed cat photos.

Siri Gets a Makeover

We can all admit that while Siri, and the host of accompanying accents are fun, the functionality can be limited on apps not created by Apple. The new updates released may have you talking to Siri more than usual. You will now be able to search your photos, call and Uber, and even pay for things. Many more Siri integrations should unfold soon as Apple announced that Siri will be open for developers to incorporate into their apps. If all of the new functionality gets you more attached to Siri than ever, don’t worry, it will now be on your desktop too.

Apple released a whole slew of features that will make iPhone more useful- if you ever remember to install the update. Apple music will be getting a facelift; with larger cover art and a more intuitive interface it may have you saying goodbye to Spotify. If you are about to iMessage all of your friends about this, get ready, messages get better too. You will soon be able to send money, add stickers, and even send Snapchat like messages that disappear after viewing. Private messages can be blurred on your recipients homescreen (read no more parents reading your lock screen). iMessage will now suggest emoji’s based on your text, and the emoji’s will be larger. This is HUGE (pun intended).

The updates released are available to developers immediately. The rest of us will have to wait on the public Beta this July, or the release this fall. Until then check out a full list of updates and lets us know about your favorite on Twitter.