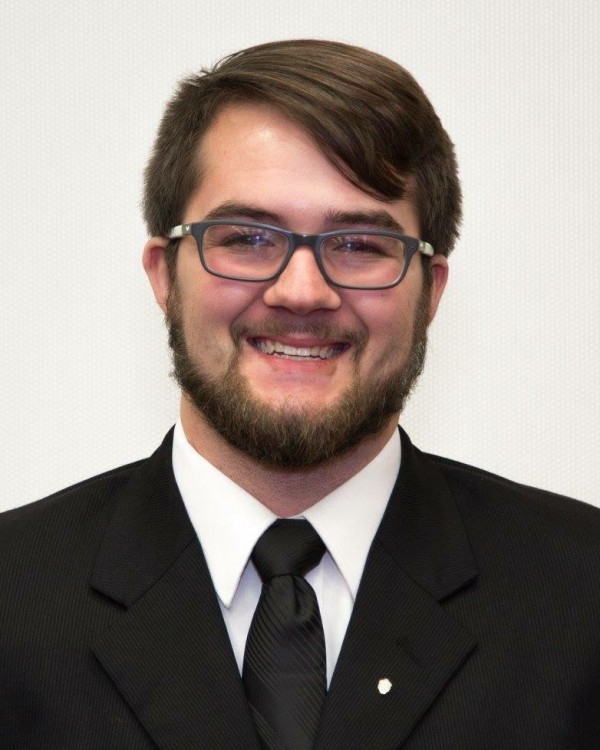 What are you excited about in technology? We asked our tech-savvy employees and they had lots to say. We’ve been talking about advancements in technology, great on-campus tech resources, and general advice for the new semester.

This week we got the opportunity to talk to Drake Addis and ask him about his experience with Tech Hub, the rise of augmented reality, and what else he’s involved in on campus.

I am a third year here at Ohio State and my major is Computer and Information Sciences. I don’t quite know what I want to do with it yet, but I would love to work for Apple or Google in either software development or even hardware development.

What’s your favorite thing about TechHUB?

My favorite thing about Tech Hub is my co-workers. Everyone is fun, friendly, and easy to get along with. Also, I think it’s really cool we have the Oculus Rift that students can check out. The Oculus is awesome because it allows you to experience a different world within our own world. You can play games or do simulators where you sit in a chair, look around, and they’ll put you in outer space, on top of a building, or even underwater. I did a rollercoaster simulator on it once and it seemed so real. The fact that we can actually use 3D virtual reality is astonishing.

What new technology most excites you?

Technology is constantly evolving, but I think virtual reality and 3D reality are definitely going to be on the rise. Oculus Rift is a perfect example of this because they just came out with their full version not too long ago. I think that things like the Oculus Rift are constantly going to be evolving until we can get 3D versions of holograms.

If you were only allowed to use one piece of technology, what would it be?

If I were allowed only one item of technology it’d definitely be my iPhone because there is so much you can do with it.

What is one OSU resource you wish you would’ve known about as a freshman?

One resource I wish I’d known about is that you can check out textbooks for free in the libraries. I assumed they only had general reading books.

What else are you involved in on campus?

I’m in the athletic band and I play the sousaphone.  We play one or two events each week and we have practice for two days a week. The marching band plays at all the football games and traveling events, but the athletic band plays at everything that the marching band does not. Primarily, ice hockey, men and women’s basketball, volleyball, gymnastics, soccer, field hockey, or even wrestling.

A fun fact about me is that I can solve a Rubik’s cube. I have done it in about 30 seconds, but that was awhile back. Nowadays, it’s probably closer to a minute to a minute and a half.

Swing by TechHUB and talk to Drake about his love for Apple and the athletic band. If you’re just as excited about 3D virtual reality as Drake, check out our Oculus Rift that students are welcome to rent for free.