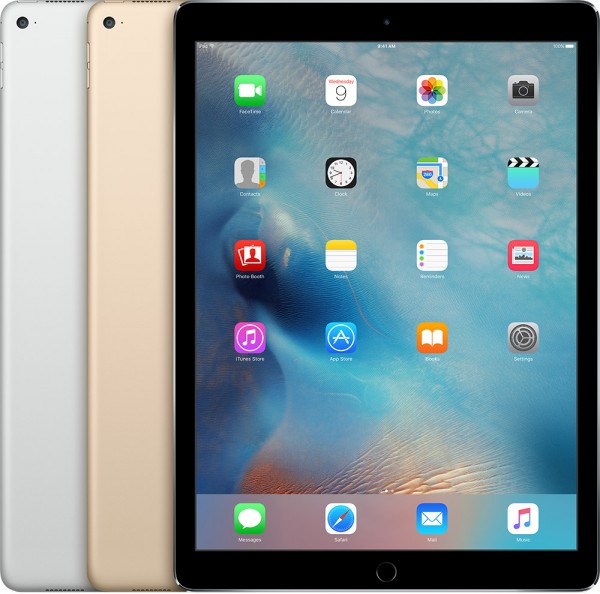 We were thrilled to see all of the changes coming to the Apple® lineup during their September launch. In the excitement over the waterproof Apple Watch® and AirPods you may have missed it – iPad® changed too.

These sleek devices have been growing in popularity as an alternative to the traditional college laptop and we can see why. They are light, convertible and surprisingly powerful. Below we have outlined some of the changes coming to the iPad selection in store. Call us or visit for more information and check out our iPad one sheet for all current available models.

iPad Pro is even better for less. Whether you choose the 12.9-inch model or the new 9.7-inch model, iPad Pro is more capable, versatile, and portable than anything that’s come before. With the most vivid Retina® display of any iOS device and True Tone® ambient light sensors you will be able to see your work clearly- in class, or on the Oval. Check out the price drops below:

Weighing less than a pound with a 9.7 in display, the iPad Air 2 is massive power in a minimal form. And now that power can hold more, assignments, video projects and photos of your roommate’s cat than ever before. New storage amounts are 32GB and 128GB, up from 16GB and 64GB.

iPad mini has long been a favorite for its portable size, and powerful design. It’s a great choice for reading the articles your prof posts on Carmen, or playing games while you procrastinate those readings. iPad mini is up for work and play and is better than ever. iPad mini 4 storage amounts are now 32GB, and 128GB, up from 16GB and 64GB respectively. iPad mini 2 32GB WiFi has dropped in price to $249 (was $289)

If you are looking to grab a previous generation iPad at a reduced price look no further. These models still have many of the features we love, so get them before they are gone. While supplies last, available models include:

An overview of all current iPad models available on our iPad one sheet.