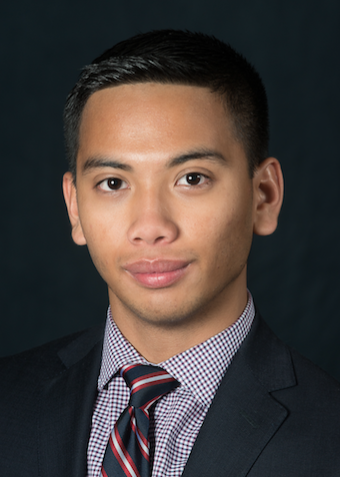 Laptop or tablet? Apple or PC? MacBook Pro or MacBook Air. When Tech questions keep us up at night we turn to our Tech Hub employees. We are starting a new series of interviews with these tech savvy students who will share their insights into what’s new in tech, what they are interested in on campus, and where they see technologies going in the future.

This week we spoke with Alex Bungabong, and got to ask him about his experience with TechHUB, what’s new in technology and his advice to all the new incoming freshman.

What is you major?

I am a third year Finance major at the Max M. Fisher College of Business with a minor in Social Psychology with aspirations to become an Investment Banker. Ideally, I would love to live in New York City. However, career-permitting, I’m not opposed to moving to other financial hubs all over the world.

What is your favorite thing about TechHUB?

My favorite thing about TechHUB is the study spaces. During the school year, I actually prefer to study in the TechHUB booths because they’re not as crowded as the libraries, the seats are more comfortable, and there’s more privacy. I usually find myself being more productive as opposed to when I study in Thompson or SEL.

Are there any new tech products/concepts that you are really excited about?

I am excited for the new concepts and designs that Apple is going to have with the new iPhone and MacBook Pro generations. Being an owner of both devices, I am interested in seeing how Apple evolves and innovates their products. Furthermore, I am also excited about Tesla’s Model 3 and the new generation of their Model S. I’ve always admired Elon Musk’s vision of an energy-efficient society and I believe Tesla Motors really changed how Electric Vehicles are perceived in society.

If you were only allowed one item of technology, what would you choose?

If I was only allowed one item of technology, I would choose Apple’s MacBook Pro 15”. It is such a powerful computer that what I use it for now doesn’t even fully take advantage of its potential. I do all of my coursework, gaming, social media, and leisure activities on my MacBook Pro. Without it, I wouldn’t be as productive as I need to be. I also like its seamless compatibility with other Apple devices, such as my iPhone. I like being able to sync my iPhone to my computer wirelessly without worrying about compatibility issues.

What is an OSU resource you wish you had known about as a freshman?

An OSU resource that I wish I had known about as a freshman would be the wellness center in the RPAC. They offer financial advice, nutritional advice, fitness advice, and even emotional advice. As a student in such a big campus, it’s hard to know everything that is offered to you. Talking to upperclassmen, employees, and other students can definitely open a lot of opportunities to find new resources throughout Ohio State.

I was born and raised in the Philippines, specifically in Cagayan de Oro in the Mindanao region. I came to America in 2007 when I was 12 years old. I can speak the Filipino dialect in my region, which is Visaya, and the national language, which is Tagalog. When I first arrived, there was definitely a culture shock. America was very different from the Philippines, but over time I’ve gotten used to the culture. However, there are some parts that I either still don’t understand or don’t know at all, which usually leads to my go-to excuse of “I’m not from here”, which my co-workers are probably tired of.

Stop by TechHUB, and who knows, you might even spot Alex studying in the TechHUB booths, helping a student fix their laptop, or talking about the future of Tesla and electric vehicles. If you’re an Apple fan like Alex, check out our summer promotion and get a pair of wireless Beats headphones as well as an educational discount.