Don’t be sad, award season isn’t over quite yet! Apple just released this year's winners of the Apple Design Awards. The awards are held each year to recognize the most innovative software produced by independent developers. In fact, not one but two of the winning apps this year were developed by college students. If that’s got you feeling inspired, learn more about the tech resources available to you during the summer. Did we mention it’s free? So remember to thank us when you’re up there accepting your Apple Design Award next year.

In the meantime, check out some of this year’s award winning apps. Not enough storage for all twelve Design Award apps? Don’t go through the painful process of deleting photos just yet. We’ve picked four apps that will make your life easier and more fun!

Streaks: It's Been 0 Days Since the Last Incident

If old habits die hard, then are new habits born easy? It certainly seems so with the app Streaks. You can choose up to six tasks you would like to turn into daily habits such as flossing, working out at the RPAC, or even watching less Netflix. By adding to your streak every time you complete a task, the app motivates its users with an aesthetically pleasing, but soul-crushing 0 that threatens to ruin your streak if you don't complete the task each day. Streak’s use of notifications and haptics combined with its simplicity, visual design, and integration make it a great choice to help build new habits.

Zova is here to save the day by making it easier to workout without having to go to the gym. This app streams high resolution videos of personal trainers guiding you in different workouts and training plans like HIIT, yoga, and tabata to your Apple TV or even your phone. You no longer have to worry whether or not people at the gym are awkwardly watching you struggle to lift that five-pound weight. Now you can do that in the comfort of your own home! Zova’s easy to follow instructions, mobility, and high resolution will make it easier than ever to get off the couch. We hope. Maybe. 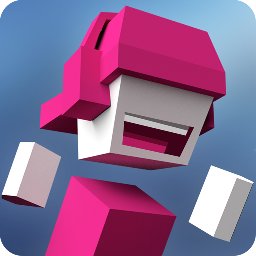 Chameleon Run: It's a Sprint, Not a Marathon!

Slow and steady wins the race? Step aside turtle because there’s a new reptile in town. Chameleon Run is a fast-paced, highly addictive auto runner game where you have to switch your color to match the ground while running and jumping to different colored platforms. If that’s not challenging enough for you, you will also be competing for the fastest time on each level. Chameleon Run has a fun soundtrack, intuitive controls, and amazing visual effect/graphics. On your mark, get set, go! 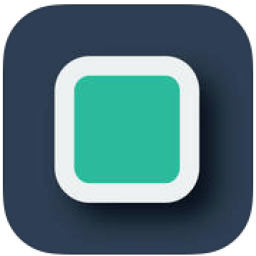 Add, subtract, multiply, dividr? Dividr is a simply captivating 2D arcade game with the goal to move a glowing square in and out to avoid obstacles and collect coins. The longer you survive, the higher your score. When one square gets too simple, divide your attention by splitting the square into two, or three, or four, etc. Dividr was written completely by students and their use of 3D Touch (determining how hard a player is pressing) along with its simple, clean design make it easy to learn and fun to play.

If all of these new apps have you interested in creating one of your own, explore our Student Developer Kit. We have the Oculus Rift, Myo Armband, and much more, all for free! Check out the full kit, and contact us to get in on the action. Design away!

Apple 2021 Back to School Promotion